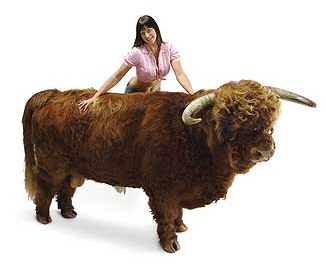 When it comes to food, I sometimes like being elitistic. I may not be the ultimate connoisseur of the culinaristic brotherhood extraordinaire, but I’m known to enjoy the good things in life once in a while. What I’m reporting here is not suitable for hard core vegans, so they might consider clicking this instead. However this story is a story of one of the most happiest animals in the machinery of western and oriental food industry.

Last friday I had the priviledge to enjoy both Pata Negra and Kobe beef on the same plate. Pata Negra may not be such a rare treat, it’s just probably the best kind of Spanish ham (jamón serrano) that comes from Iberia. The point of this delicacy is that this type of ham comes from black Iberian pigs, who roam freely in the groves of cork oak and their diet consists mainly of sweet and dandy acorns.

Kobe beef is a bit of the same thing, but still a lot more. First of all, the Kobe beef is flown especially from Japan . That’s elitistic to begin with, right? The Kobe beef comes from a breed of cattle called Wagyu, and the guys over there have been selectively breeding for this marbling grade for centuries. What makes Kobe such a tasty form of meat comes from a few facts:

• The cattle receives several massages during the day
• During the massage they are rinsed with beer and/or sake
• They are massaged by hand
• They are also fed with beer/sake
• After a hard day someone actually sings lullabies to the cattle, so that they fall asleep relaxed.

The point of this kind of nurture is that these animals are supposedly happy until the bitter end and and therefore have no stress.

Was it worth it? Very often really rare dishes taste not too good or not at least as well as they should after you have paid a small fortune on them. But both Pata Negra and Kobe beef were pretty goddamn delicious and they were as smooth as you could expect.
Posted by Hennyman at 12:59 PM

Being dedicated meat-eater, or carnivore as a friend used to call back in the days when he still was a vegan, I am REALLY jealous of you getting to taste the Kobe Beef!!! Damn!

And I promise that the day we receive our first advance payment for our major label debut album or Justin Timberlake RMX (as if that will ever happen) I will run to the Stockman's butchers and order a kilo of that for me, and only for me. I am salivating already...

yep bros, i'll be there on the Stockmann queue with you. mmmmm, we got beef.