Just to remind that one thing is cooler than Rancid, and that's Operation Ivy. Of course Armstrong and Freeman we're founding members of this band as well.

Op Ivy is too hectic for any occation, their sound was kinda crappy at all times, they play too fast for their skills, but they rocked the Gilman Street 924 back in the days.
Posted by Hennyman at 2:45 PM No comments: Links to this post

They're growing old and their gnarly tattoos are fading, but Rancid still can make a kick ass album. The new cd "Let The Dominoes Fall" comes with cool bonus material (making of -DVD, guitar picks, posters, an acoustic version cd). It may not be a classic as "Out Come The Wolves", but this is simply a nice album. The lyrics are pretty much about living in the Bay Area, which is a subject these guys seem to know a lot about. I really dig these guys, 'cos they sure ain't no CEO-punk or emo/neo type of anything, they've been pretty loyal to their game.

Just to get in mood, check out some old hits as well...

This isht makes me wanna taky my bike and go coasting slooowly...
Posted by Hennyman at 2:25 PM No comments: Links to this post 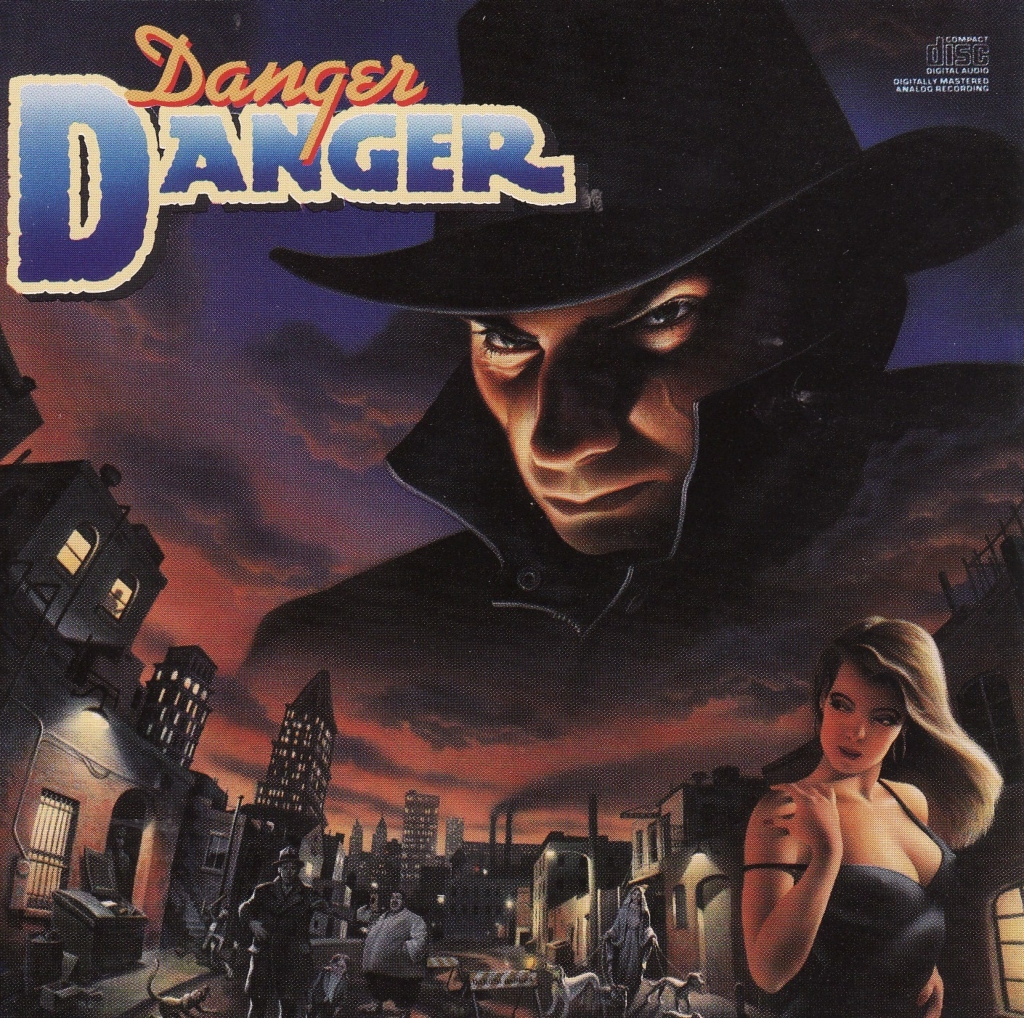 I was really into some crappy hair metal bands back in the 80's when i was a school kid. Like not even just Poison, Winger, Ratt, Warrant and Dokken, but even ones that weren't as popular, but still equally crappy. Like Danger Danger from New York. They looked (and sounded) like bunch of little girls, but i didn't care. And at least their first album cover was pretty cool - in a geeky airbrush way (see above).

And all this blabbering leads me to this: last friday i met this nice dude named Jan at the Cocomotion club and he said that he has a blog called Danger Danger. And not just any old blog, but actually a really cool one. A music one. So unless you're still into crap hair metal, go check it out!

www.dangerdanger.org
Posted by Fiil Inc at 10:32 PM No comments: Links to this post


Too bad this is in finnish only, but I guess you could enjoy this even without understanding a word.
Posted by Hennyman at 12:05 PM No comments: Links to this post 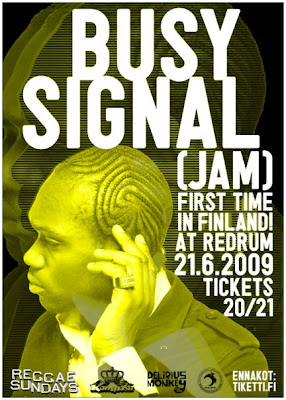 Another great artist from JA to pay a visit.

We gonna here this then, aigght? (Tic Toc)
Posted by Hennyman at 11:24 AM No comments: Links to this post

Magnus Uggla - the ruler of modern music as we know it?

Sweet lord, this tune has been on massive power play recently at my place. A massive seasonal tune - and also a future Cocomotion anthem. Cosmic friggin swede-rock from 1981.

ps. get the file
Posted by Fiil Inc at 10:08 PM No comments: Links to this post

Ward 21 & the undisputed king of all weed-anthems


I must state that this blog is not a political forum with a particular agenda , so our intention is not to promote drugs, crime, or anything illegal. We just find the whole drug culture just plain interesting as a part of our modern society and its' subcultures.

And as especially weed has had a long history with jamaican music (and hip hop as well) I have to put the third ganja-influenced link here in a row. It's Ward 21 and the BEST EVER ganja tune. It's all about the blue smoke.

(But we still promote tolerance in all of it forms - we're a bit hippies that way)
Posted by Hennyman at 7:21 PM No comments: Links to this post

I Smoked A Spliff And I Liked it


This song dates back to last autumn, but the laterst post inspired me to look it up and share it to y'all. Great Katy Perry vibes here.
Posted by Hennyman at 7:53 PM No comments: Links to this post

What the world (of nerds) is talking about 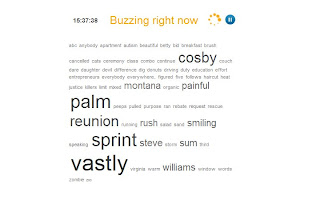 I haven't been too active with Twitter, but the whole online microblogging thing is kinda interesting as a phenomenon. You could think of Twitter as the biggest online discussion forum in the world. And tracking those discussions can be quite addictive.

There are some cool tools for that, try e.g. Twitscoop that shows a tag cloud in realtime of what people are tweeting about. Pointless, maybe, but fun in a way. Somebody's actually tweeting about Cosby now. Is it Bill or Theo perhaps they're buzzing about?

Nerdy, aye? Yes.
Posted by Hennyman at 3:37 PM No comments: Links to this post

Brand new summer, brand new club. Yours truly, Fiil Inc will be starting a monthly Balearic/pop/disco club night with Lauri Soini a.k.a. 80's Cop at Nolla Baari. So if youre in town (Helsinki that is) next friday (22nd May) be sure to come and say hi. And enjoy the raw power of really smooth music. Maybe something on the lines of this:

Posted by Fiil Inc at 10:03 PM No comments: Links to this post


I've always been a fan of the crazy comedy flicks from Airplane! to American Pie. If the DVD cover says that it's Rated R for strong sexual content, crude humor, language and drug use it most likely going to do the trick for me. I haven't seen "Observe & Report" yet,, but based on this trailer it must have all of the above. I mean the scene with these coked up fake cops beating up kids with skateboards- you gotta love it.
Posted by Hennyman at 8:06 PM 4 comments: Links to this post

Kids In Paris // How To Dance 'Electro'

Waste five minutes with this video and you know what goin' on in the 'Paname!' These Parisian kids are def on some next gen 'ish here. Just like they should too.
I also like the fact that they all seems to have Le Gibus as their HQ and I actually used to live right across the street from it the last time I stayed in Paris. Good to know they still keep it keeping on over there.
Posted by Jussi at 11:54 PM No comments: Links to this post

Next in electro pop: Passion Pit

Passion Pit from Boston is my new favorite electronic pop band. Their first mini album "Chunk Of Change" came out late last year (on Frenchkiss in the USA and through - OMG- Sony Music in Europe) and it was all killer no filler. The above video, "The Reeling" , is the first single off their upcoming debut album "Manners" (out May 19th). All whiny falsetto vocals, massive pop hooks, electro disco beats, layers and layers of synth, vocal harmonies and sweet melancholy vibes. 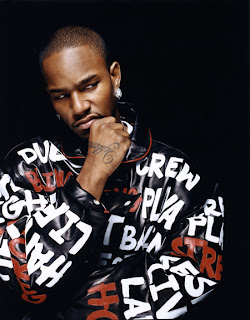 The first rapper to use the swine flu as a metaphor in his lyrics: Cam'ron feat Jadakiss - Let's Talk About

I guess we're gonna see more of this coming.
Posted by Hennyman at 10:02 AM No comments: Links to this post

Now that the hype's growing more and more here in Finland as well, you outta check out Andy Milonakis- "Let Me Twitter That". Andy's a bit disturbed in my opinion (in a positive way, kinda...), but this has a certain truth in it. "My baby needs pampers, let me twitter that...."
Posted by Hennyman at 9:40 PM 2 comments: Links to this post