I can feel it too 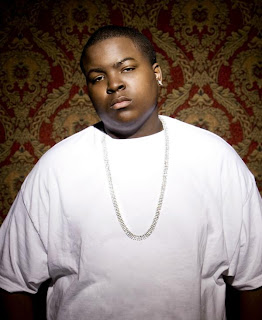 What a coincidence. I happened to be at the pool in Italy too, when that Phil Collins classic hit the air. Plus various offsprings of us Kriton peeps that we like to call "the second generation Kritons" but that's another story. The deal is that Hennessy was damn right: "In The Air Tonight" was so designed to be listened to at the pool. It was perfect.

And here we got another coincidence: the new album by teen reggae/hiphop/r&b prodigy Sean Kingston just hit the streets this week and guess what. Its got a nice song in there called "I Can Feel It" and you already know which 80's hit it samples. And the album's not bad either, if you don't have anything against poppy r&b/reggae, that makes T-Pain sound like serious art music. It's all good.

So here you go: "I Can Feel It" By Sean Kingston featuring the immortal Phil Collins samples. Mp3
Posted by Fiil Inc at 9:22 PM

This is so dope. I think it's cool that they've sampled phil's vocals a bit as well. And I'm known to like reggae influenced vocoder/autotune stuff like maad.