I can feel it 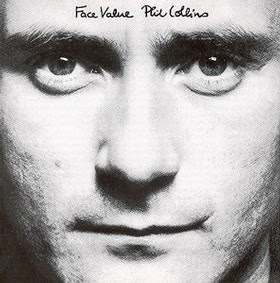 ...In the air tonight. Phil Collins is the king. I had to get the "Face Value" album as soon as I got back from my trip to Italy, 'cos they played "In the air tonight" it sooo loud while we were hanging out at the pool. And at that moment the song got a really new meaning to me. I used to dig this song before (hear Kriton's remix of T.I.'s Why you wanna, and you'll find some familiar chord changes there... ), but I had never listened to it at this volume. Really, this song is at the same time the coolest chill out song (as in Miami Vice, you remember...) and a banging tune as well.

And what makes the song interesting is the urban legend about the lyrics as well:

"An urban legend has arisen around "In the Air Tonight". According to the legend, the lyrics are based on a tragic event Collins witnessed, usually a drowning (as in the song's lyrics), in which a man could have helped the victim, but did not do so. A common ending is that Collins invites this man to a show and sings the song to him, often with a spotlight pointed at him. Afterward, the man is arrested or, in some versions, is wracked with guilt and commits suicide. "
Posted by Hennyman at 4:28 PM