R.I.P. Pimp C - an Underground King is down 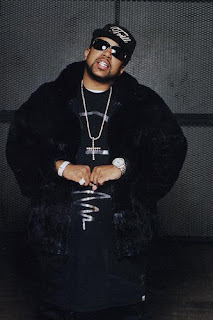 it's really sad to see that the Kriton Music blog is starting to look like your newspaper obituary pages.
But this one we simply cannot let pass without noticing.

Chad Butler a.k.a the legendary Pimp C from UGK has been found dead. Read the newspiece from memphisrap.com for more info. The peeps at Kriton HQ just want to remind you that Pimp C was one of a kind - a great rapper, excellent and original sounding producer plus also a very good singer (a side of him that all of his tracks always didn't show).

And here's the news bit quoted from memphisrap.com:

"According to serveral reports Pimp C of the legendary Houston-based rap group UGK was found dead in his Hollywood hotel room earlier this morning. Pimp C, born Chad Butler, 33, who would have turned 34 this coming December 29, was found in his bed at the Sunset Strip's Mondrian Hotel after Los Angeles County Fire Department responded to a 911 call.

Currently there is not other information regarding his death except that UGK's publicist at Jive Records confirmed Pimp C's death to Billboard.com and said a statement will be issued soon.

This comes just three days after Pimp C performed with Too $hort at the House of Blues in Los Angeles.

Rumors are already spreading that the cause of the rapper's death was an overdose. "
Posted by Fiil Inc at 11:45 PM

Just heard this on the radio. Sad sad stuff happens.

And I must add that PImp C's "I'm Free" a frigging killer tune still. Love that Tom Petty sample.

I agree TO THE FULLEST!

i just had to get the original tom petty tune again...
i uset love it back in 1988 (or whenever it came out) and it was damn cool to hear it sampled in a dirty south track.