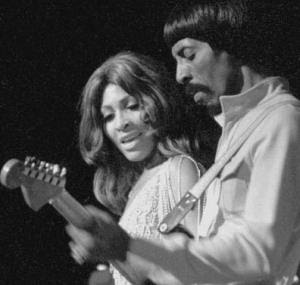 Here we go again. More bad news.
Our blog is starting to look like a funeral service for yesterday's stars but hey, you gotta respect these artists and entertainers, right?
Ike Turner, the official bad man died yesterday in his home in San Diego at the age of 76. R.I.P.
What can you say about him? Apparently he was not nice dude in his personal life, had his problems with substances etc. but he certainly got the funk, and looked funky fly, always.
Don't know about his guitar playing but his deep baritone voice kicks ass on some of those old recordings and some of his solo stuff after parting ways with Tina is pretty damn hot too. Ike and his band Kings of Rhythm and their 'Funky Mule' is a classic super breakbeat sampled countless times by hip hop producers and the 'Black Man's Soul' album is a Classic with capital C. So do yourself a favor, click the link, download the album and remember Ike. 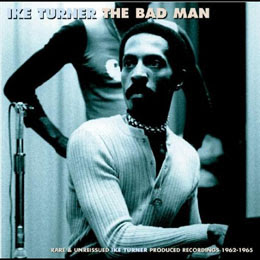 EDIT!
Today I just read the according to the coroners' report, Ike actually died of a cocaine overdose. Nuff said.
Posted by Jussi at 12:52 PM