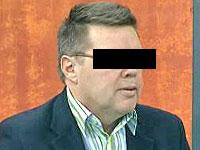 The Ministry of Interior has finished its report into the conduct of Helsinki narcotics police. The Ministry suspects narcotics police of wrongdoing in the course of their investigations. They have found 7 people who may have turned a blind eye to the crimes of their informants in order to get information from them. Even the captain of the narc-unit is one of the suspects.

If this is the case, it's typical behauvior of cops that we see on tv. Too bad that the finnish juridical system doesn't approve this kind of actions here, this aint NYC.

But there might be more to it... You know what happens when you deal with drug lords, we've all seen Miami Vice: easy money attracts weak minds. Maybe there are some cops buying speed boats on a basic cop's salary.

What makes me lose faith in the great police force is that after this was announceced two-thirds of Helsinki's narcotics investigators called in sick at the end of the week in what is believed to be a protest action.

So, when the going gets tough, the tough stay home and whine. Is this how the law enforcement institution likes to see itself?
Posted by Hennyman at 1:13 PM

this just brings to my mind the words of the immortal Clipse... "Mama I'm so sorry, I'm so obnoxious
I dont fear Tubbs & Crockett"

And I will reply to this with a traditional finnish wisdom: "sen saa, mitä tilaa".