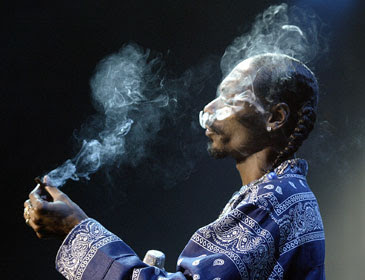 "The American rap artist Snoop Dogg was arrested in central Stockholm on Sunday night on suspicion of minor drugs offences.

At around 1.30am the star and a 23 year old woman were taken to a police station in the Södermalm area of the city, where they provided urine samples.

"The people we arrested showed clear signs of being under the influence of narcotics," said Lars-Erik Baarsen at Södermalm police to Aftonbladet.

After the concert he was due to attend a party at the Scandic Anglais hotel in Stockholm's Stureplan - but he never made it to the bash. In what appeared to be a planned raid, the star's car was stopped with several others by police on Centralbron, a bridge in the city.

Earlier in the evening, according to newspaper Aftonbladet, a room at the Grand Hotel, where Snoop Dogg was staying, was searched by police.

"He is said to have behaved appropriately. Now the prosecutor can proceed with this. It's usually a fine," said Lena Baaki, Södermalm police spokesman, to TT.

The fine for a minor offence is usually based on the individual's earnings.