The Lauttasaari Clan Is Nuthin' to F**k Wit 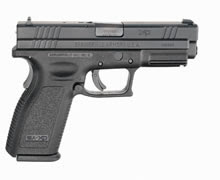 Our academic friend had some nice incidents this morning (read below), but they all seemed to fit the particular place of Helsinki. My last saturday night had some elements that did not fit in their place.

I live in Lauttasaari, which is the equivalent of Staten Island NYC or such. I mean it's a reeeeaally quiet suburb on an island near the centre of Helsinki. Most of it's habitants are elderly people or families, not exactly a real favela in my opinion. A place where sex and drugs and rockn'roll a frowned upon.

Well, last saturday me and the misses had a pleasant nite out, some dining and cinematographic experiences. Once we were returning home we were passed by one, two, three, four, five or more cop cars. We kept joking that they could give us a ride home once they were heading about the same way. Ten minutes later we got home to find out that these cars had actually surrounded our house. According to the paper, there were 14 police units on the scene and the officer in charge tried to deny our access home. Apparently some guy had fired his handgun several times just a few meters from our building. The cop was reluctant to give me any more info on the subject, but it was pretty clear that there was some real threat - I mean I have never seen that many coppers on the Island.

After some discussion the nice officer let us enter our building and we could could carry on analyzing the situation from our living room.

I must say that the cops handled the situation well, they got the bad guy and so on. But the local C.S.I. -team was sloppy. I didn't see any proper crime scene investigation what so ever. Where is Gil Grissom when you need him.
Posted by Hennyman at 3:16 PM

This is the thing, there's is often violence & social problems hiding out there where the more affluent middle-classes live too.

Anyhow, I read from the newspaper tha the dude just emptied his clip for some reason and no one got hurt, which is good.

Yep, middle class peeps are as mad as others, but usually they fire their guns in their sommer cottages or inside their homes, not in the public urban areas.

Hennyman, do you realize that you are livin in A GHETTO! man your street cred just went through the muhfuckin roof!!!
-fiila man-

This time a 70 year old dude had killed his wife and he's probably getting a murder charge for it. The old peeps r getting hard to handle aroud here.