Kriton video madness and other things 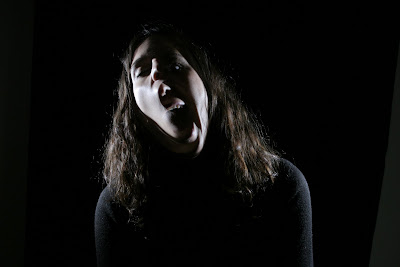 Happy noo year homies. And the new year has been happy for us. Already!

Okay, while Jzzi & Hennessy are getting busy telling you about craploads of really "important" things going on in the world today, i have tried to take on the postion of telling you what's going on with the kriton household. At least every now & then. And now stuff is going on.

This year has started off really well: the shooting of the first ever Kriton High School Bangers music video already started on friday the 5th of january. The video for our horror crunk anthem "Scared Money" is being produced, directed and photographed by the mighty Fiilin.com. I won't spoil too much now, but i'll give you that the video will be gloomy, creepy, psychedelic and somewhat disturbing. David Lynch meets Disney animation meets Chris Cunningham. Just look at this teaser photo from last friday's sessions and imagine the rest. We'll keep you posted about the video when it's coming up! In a youtube near you...

If I were the director, I would include Whitney Houston in the video in a cameo-role, she wouldn't even need any make-up to pose as a zomie...

yep, i'm sure we could get whitney in the video for a real bargain price right now.

Let's remember that Whitney might be a bit too scary for our younger audience.

And yes, it's gonna be a huuuuuuuge year for the Kriton posse. We will take over the industry! (I just won't say which industry)