Tower Records Out Of Business 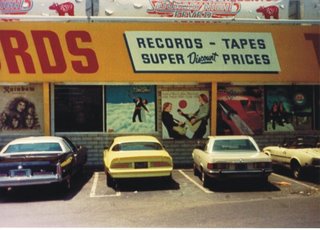 AP reported a few days ago that...

On Oct. 6, a federal bankruptcy judge in Wilmington, Del., approved the sale of Tower to Los Angeles-based liquidator Great American Group for $134.3 million.

While no firm date has been set for the stores to close, "Going Out of Business" signs went up this week at Tower's 89 stores in 20 states and the chain's 3,000 employees have been told they will be laid off.

The company owes creditors about $200 million and filed for Chapter 11 reorganization in August. In its filing, Tower said it has been hurt by an industrywide decline in music sales, downloading of online music and competition from big-box stores such as Wal-Mart.


Quite cheap izznit, if you think of what Google paid for Youtube...

The future seems pretty hard for the people working in the CD-selling industry. Tower records is the first big one to fall, who's next? Virgin Megastores? In the days of ipods and such, old fashioned media consumption is about to change for good. Why bother buying stuff offline, if you can get the same stuff cheaper online, or even for free

But then again, I may not miss Tower Records all that much, 'cos I'm not into buiyng cd's anyway. I'm more like a Beat Street and TurntableLab kinda guy, But wait, whattaheck is happening over here www.beatstreet.com. Should we start bidding or whut????
Posted by Hennyman at 1:21 PM

oh no! i dont feel so sorry for Tower records, although it is quite sad. It actually reminds me of that Liv Tyler movie... Empire Records, was it? Grrrreat movie!

BUT if Beat Street is going outta business, there goes another great reason to visit NYC. I dont even wanna start counting the number of BS-price tags on my rap records - i've put far too many dollars out of my budget there... Still: of course there can be some other perfectly logical explanation for them to sell the URL.

Beat Street, if you leave me now, you'll take away the biggest part of me...
and, like Puffy said: I'll be missing you!

And another related news from NYC, yesterday CBGB's closed its doors for good. And do I remember it right, also East Village's Sound Library went out of business recently?

Only Turntablelab.com seems to be doing good currently but that's probably only 'cos they have that strong online store selling everything else that just rekkids too, like clothes, music software, hardware etc.

And I must confess that I've neva been inside CBGB's...

dudes, the CBGB's owner is moving the whole club to Las Vegas!!!

well not the building, obviously, but what was inside the club. including the toilet seats...... they must be DURRRRTY.

it's always good to make money, if you ask me. But CBGB's Las Vegas? that's NOT VERY PUNK ROCK,
i mean, who goes there? the elderly ladies?

that whole american so-called "punk rock" thing with the flame tattoos and shit has all gone into total self-ironic cabaree long ago.

so it makes perfect sense that they move CBGCs to Las Vegas with all the retired stars of the yesteryear and turn into in a museum.

I guess that in a few years yuh could go to CBGB's in Vegas to see Blink 182 warming up for Green Day featuring Celine Dion while some german gay guy is doing magic tricks in the background with tigers and parrots? Whuddut mon???