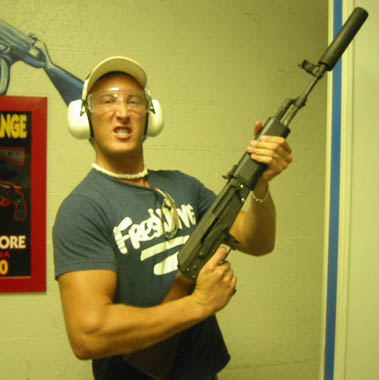 Continuing on where we left last time on the theme of hip-hop and consumer brands; American Brandstand has again published the TOP20 list of the brands that have been receiving most mentions in r&b and hip-hop tracks appearing on the Billboard charts in 2005.

Look here (scroll down a bit) for the whole chart with last years’ places and number of times different brands actually were hyped. Nothing surprising there, but American Brandstand also supplies some interesting analysis on the subject:

“2005 was the year in which hip-hop moved even more squarely into the mainstream - Kanye West made the cover of Time in August, and Snoop Dogg played croquet in the pages of Vanity Fair… Hip-hop is rapidly becoming synonymous with youth culture – in a rapidly growing number of global markets. And hip-hop is now influencing the whole of luxury culture in ways that was unimaginable only a few years ago. Mercedes emerged as the top brand of the year, and 50 Cent out-branded the rest to become the top brand-dropping artist. Overall the brands associated with lyrics this year have moved away from the ostentatious bling of 2004 towards brands with a more understated appeal.”

· Mercedes takes back the top position that it enjoyed in 2003 before being eclipsed by Cadillac in 2004. It wins by a huge margin - 37% more mentions, than runner-up Nike at #2.

· In the post-bling environment of hip-hop 2005, the total brand count falls 6%.

· Runner up artists: Ludacris and The Game

· The fastest growing category in 2005 was weaponry. The weapon count jumped 19%. The hottest new entry brand this year is pistol-brand Beretta mentioned by Dem Franchise Boys and The Game, which jumped into the Brandstand chart in 13th place.

· Some heavy-hitters from previous years dropped out this year, including Gucci (5th in 2004), and Lexus (11th in 2004) neither of which were mentioned at all.

Interesting, yes, less bling, guns are on the up, designer fashion and alcohol brands are going down. But wait, there are some problems here, when rappers are talking for example about AK-47, are they really talking about the rifle or…? There is also some pretty strange stuff on the chart, Japanese car brand Datsun for example, as well as certain fashion designers I would not easily associate with hip-hop, such as John Galliano and Vivienne Westwood.

One thing, which does makes me wonder is who actually listens to all the songs and counts these things?
Posted by Kriton Music at 3:40 PM

yup, the dudes dont seem to realize that all of the lyrics are not always just singing the praise of these brands. im pretty sure slim thug wouldn't be bragging about his "brand new Datsun sittin on 26" chrome and wood grain wheel"... sometimes the dude just needs some words that rhyme, just for the sake of rhyming or for other reasons.

the gun talk is a little more surprising tho. since even more bands (the yay area hyphy dudes, altanta snap music dudes) are just singing mostly bout shades, strippers and partying at the moment than saluting that grimy-ass gaingsta bizness.

Nice idea with this site its better than most of the rubbish I come across.
»