No more Cristal for Jay-Z 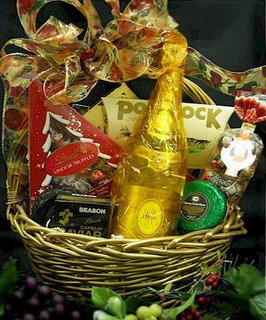 We all know how since mid-1990s all rappers all over the world loved to (or would have loved to if only they were rich enough) buy cases and cases of Louis Roederer Cristal Brut Champagne, drink it straight out of the bottle, pour it all over their hoes and peeps in da club and all that. We saw it in all the videos and hear about it in all the songs.

For those of you unfamiliar with this lovely drink, it is a really prestigious and rather expensive (at about 200 US dollars a bottle) brand of Champagne with long tradition. The company, Louis Roederer was founded in 1776 and is still family-owned etc.

Now, the new Managing Director of Louis Roederer Monsieur Frédéric Rouzaud has recently declared, in the best/worst manner only the real French bourgeois people are capable of, that they would have been much happier without all the free-commercial-time their product has been receiving during last few years. Apparently rappers pouring Cristal down their throats and all over all the booty in the vicinity was not the kind of advertisement Mr. Rouzaud has been planning to include on their subtle marketing.

When Rouzaud was asked if the association between Cristal and the "bling lifestyle" could be detrimental, he said: "That's a good question, but what can we do? We can't forbid people from buying it. I'm sure Dom Perignon or Krug would be delighted to have their business."

Jay-Z, one of the biggest endorsers the mentioned golden drink, has been really upset about this and as a consequence he has called everybody to boycott the-drink-that-shall-now-remain-nameless and he has also called Rouzaud’s comments as racist.

Jay-Z’s boycott means that his night clubs are not selling Cristal anymore, there will be no more mentions of it on the records his label produces and so on. It remains to be seen whether the nasty C-word will be beeped out from all re-released rap-records from here on out?
Posted by Kriton Music at 3:09 PM

Hey, we could continue drinking "Cristal", let's just change the french beverage to spanish "Cristal Castellblanch". That's a very cheap sparkling wine that is quite common here in Finland. And it tastes ok.

In genereal I guess the spaniards are a bit more tolerant than the french anyway, e.g. gay marriages are legal in Spain, they have fairly liberal attitudes towards drugs...

You are interested in Music!!! :)
Do you want to try Poker?

A bit time to relax:
Do you want to try Poker?

Anyway, 2 the point. Cristal Castellblanch is the real deal, inexpensive and as good as it gets in that price range. Most basic Cavas that you can buy for a couple of €'s will do the bidness!

But the whole thing brings to mind things like Tommy Hilfiger. Who got real jittery in the 90's when he found out that "inner city youths" (read: ghetto peeps) were suddenly wearing Hilfiger clothes, thanks to Brand Nubian. Until he realized that hiphop artists are the the one thing that can actually save his company.

Now also Ralph Lauren has stated that he's not particularly enthusiastic about Trick Daddy spreading the Polo name around and hanging out in Polo clothes. makes me go hmmmm. These guys don't like money, do they?

Interesting website with a lot of resources and detailed explanations.
»