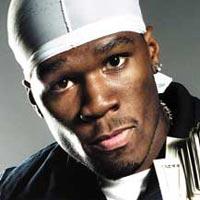 According to Forbes Magazine, Fitty Cent is negotiating a branding deal with Steve Jobs and Apple. Well, so what?
Here’s what: Fiddy wants to endorse a Apple-produced a line of affordable home computers for inner-city residents (ie. the ghetto, da hood). Apparently he wants to help in getting affordable computers in the hands of the less wealthy and so on. That’s great, of course.

But to think about it, 50 Cent plus Apple Computers equals to what? Lots of blingbling, lots of (many would argue 100% fake) street credibility and nicely designed computers produced very cheaply and sometimes maybe even in rather questionable working conditions somewhere in China. So, basically what they are working on would be perfect ‘Ghetto Laptop’, or even better, ‘Ghetto Apple’.

If I was better with Photoshop, I could try to produce a vision of what it could look like so here’s an assingnment to all yo’all budding graphic designers out there reading this.

I won’t say anything about his last sentence above. Yo, everybody knows that Major League Hip hop is not about the music, it’s always about da biznezz, like on the way paved by Puffy and Jay-Z and everyone after them. Whatever.

Also we all should know that ‘50 Cent ranks amongst the world's richest celebrities, raking in over $67 million in 2005 from record sales and branding deals that include a line of sneakers, a video game and his G-Unit clothing line.’
Posted by Kriton Music at 1:06 PM

A bit time to relax:
Do you want to try Poker?