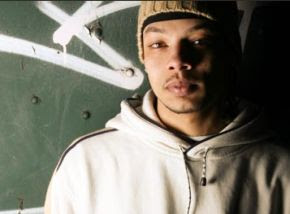 I used to be a classic orthodox purist who thought that reggae could only come from Jamaica, period. But slowly I have warmed up to a lot of artists outside JA making killer tunes. For instance Alborosie (from Italy) and Collie Buddz (New Orleans/Bermuda) have blown my mind the last few years. Actually Collie's debut album is one of the best reggae albums to come out in five years.

I also have started to like the more adapted form of reggae that's also lyrically fully localized. I mean Jukka Poika, SCB, Nopsajalka & Raappana here in Finland are worth mentioning of course.

The latest one drop / roots influenced foreign artist that caught my attention is Ziggi (no, not an offspring of any of the Marleys). Ziggi was born in the Netherlands, which is is the Jamaica of the Europe, in some aspects like the tolerance for usage of soft drugs at least. Actually I guess Netherlands is more tolerant than any country in the world when it comes to the recreational use of sativa, but that's another story.

Ziggi has done Blaze it which uses Collie's Come Around riddim, the hotta redrum-anthem with Goodellas called Cry Murdah but I think that this song is the best reggae song for the moment: