Here's an interesting article from the Mediapost's Online Spin Newsletter this morning by Cory Treffiletti (what a weird surname, in finnish that means something like a "Date-Hairdo")


The Future of the Music Industry Is Now 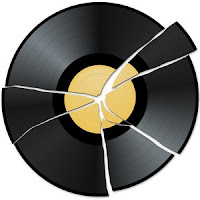 In case you missed it -- and you very well may have missed it, because it happened awfully quickly -- the Web has finally become a legitimate channel for the promotion and distribution of music, and the music industry is finally embracing this fact. Of course, this can be debated, since the Web also pretty much killed the record industry at the very same time.

This struck me while watching the Grammys this year. The award for Best Rap Album went to Lil Wayne. Wayne had the top-selling album of 2008, selling 2.88 million copies of "Tha Carter III," followed by Coldplay with 2.15 million. This is amazing in two distinct ways; first, because Lil Wayne built his reputation by giving away hundreds of hours of music through mix tapes and other online methods in order to establish a fan base, and followed it up with a whimsical array of beats and rhymes on a legitimate label release, netting the biggest, most ubiquitous album of the year. It's also amazing that for the very first time since tracking album sales started under the current model in 1991, the number-one album didn't clear 3 million copies.

The biggest single first week album sales record goes to 'N Sync (don't laugh), as they sold 2.4 million copies of "No Strings Attached" during its first week in 2000, but since then the numbers have fallen across the board. All that being said, way back in 2000 the music business was just plain different. When you bought an album, you were more than likely buying it for one single song -- or maybe a couple -- and the rest was filler. Nowadays, with iTunes leading the way for digital downloads, most artists are happy enough to sell singles. Artists like Smashing Pumpkins have been releasing single songs rather than albums, and in some cases they're giving them away (much like Hyundai's recent giveaway of the Smashing Pumpkins song in its TV spot during the Super Bowl).

What has finally happened is that some artists, if not their labels, are waking up to the idea that the Web can be used to hone their craft, build a fan base and promote their music. Lil Wayne gave away hours and hours of material for free, proving his own prolific status as a maniacal musician and allowing anyone who wanted to hear him to get a taste of his style. In doing so, he also perfected his craft and became a better artist by weeding through the process in public and inviting his fans to come along for the ride! By the time he was ready to put out another proper release, he'd become the self-proclaimed "best rapper alive" -- a title than can certainly be argued, but at least he makes a case for it.

Other artists focus on standard Web sites like MySpace music or their own official sites to get out their music. If you're established enough, you can do it, but it takes time and it takes effort and it takes a lot of arguing with the suits that still represent the labels. Artists like Pearl Jam (I couldn't go an entire article on music without mentioning them) are talking about emulating Radiohead and releasing their own music through their own sites. These levels of artists don't need a label anymore. The fan base is large and they have the wherewithal to get it done, so why not go this route?

This leaves the labels and the industry itself flailing a bit and testing out every new model under the sun (which is a good thing). They are testing paid downloads, subscription services, ad-supported streaming, ad-supported and ad-integrated P2P download services -- and in so doing, they're rewriting the rules for the future.
The rules for the future of the music industry are astonishingly simple:

the dudes name "Treffiletti" had me fuckin rollin on the floor laughin my ass off... what a cracker!!

Yeah, he's da man. Here's another story on the same subject. This ones by Seth Godin, who's a pretty respected marketing / innernet kinda guy_: http://sethgodin.typepad.com/seths_blog/2009/02/music-vs-the-music-industry.html

Hello !.
You may , perhaps curious to know how one can make real money .
There is no initial capital needed You may start to get income with as small sum of money as 20-100 dollars.

AimTrust is what you thought of all the time
The firm represents an offshore structure with advanced asset management technologies in production and delivery of pipes for oil and gas.

It is based in Panama with affiliates around the world.
Do you want to become really rich in short time?
That`s your chance That`s what you wish in the long run!

I`m happy and lucky, I began to get income with the help of this company,
and I invite you to do the same. If it gets down to select a correct companion utilizes your money in a right way - that`s AimTrust!.
I take now up to 2G every day, and my first investment was 500 dollars only!
It`s easy to start , just click this link http://xydygulaj.uvoweb.net/rosiwur.html
and go! Let`s take this option together to become rich

Good day, sun shines!
There have were times of hardship when I didn't know about opportunities of getting high yields on investments. I was a dump and downright stupid person.
I have never thought that there weren't any need in large starting capital.
Nowadays, I'm happy and lucky , I begin take up real money.
It gets down to select a correct companion who utilizes your money in a right way - that is incorporate it in real deals, and shares the profit with me.

You may ask, if there are such firms? I'm obliged to answer the truth, YES, there are. Please get to know about one of them:
[url=http://theblogmoney.com] Online investment blog[/url]

Hi!
You may probably be very interested to know how one can manage to receive high yields on investments.
There is no need to invest much at first.
You may commense to get income with a sum that usually goes
on daily food, that's 20-100 dollars.
I have been participating in one company's work for several years,
and I'll be glad to share my secrets at my blog.

Please visit blog and send me private message to get the info.

Hi!
You may probably be very curious to know how one can manage to receive high yields on investments.
There is no initial capital needed.
You may commense to get income with a sum that usually is spent
on daily food, that's 20-100 dollars.
I have been participating in one project for several years,
and I'm ready to share my secrets at my blog.

Please visit my pages and send me private message to get the info.

A friend of mine mentioned 2012 last night to me and it's the first I heard about it so I jumped on here out of curiosity. I think it's kind of sick and sounds like a bunch of skeptical jargon.
I choose to live every day like it is the last because let's be real, WHO THE HELL KNOWS what is going to happen or when it's your time to go on. The past is history, the future is a mystery and now is a gift, thats why it's called the present. It's not healthy to sit around and trip out about when you will die. Stop wasting your time you have now.
[url=http://2012earth.net
]stop frighten
[/url] - some truth about 2012

Glad to greet you, ladies and gentlemen!

For sure you didn’t here about me yet,
my parents call me Nikolas.
Generally I’m a venturesome gambler. for a long time I’m keen on online-casino and poker.
Not long time ago I started my own blog, where I describe my virtual adventures.
Probably, it will be interesting for you to find out about my progress.
Please visit my web site. http://allbestcasino.com I’ll be interested on your opinion..

Get on rihanna this weekend with TMZ because we have seen her reportedly running around naked with her clothes off in the hard rock hotel grounds in Las Vegas this weekend, Rihanna naked is super super hot, one of the hottest celebrities out there, with a soon to be released sex tape
rihanna naked
Rihanna was born on February 20, 1988, in a county in Barbados called St. Michael. She lived the life of a normal island girl going to Combermere, a top sixth form school, similar to grammar schools in the UK. Rihanna sex tape won a beauty pageant and performed Mariah Carey's "Hero" in a school talent show. Her life changed forever when one of her friends introduced her to Evan Rodgers, a producer from New York who was in Barbados for vacation with his wife, who is a native.
rihanna naked